The Most Imaginative Desserts in Los Angeles

The most inventive dessert in Los Angeles is so understated it blends into the desk — and that’s the point. At Nightshade, Mei Lin’s new restaurant in Los Angeles’s restaurant-saturated Arts District, the dish is listed on the menu as “guava, cream cheese, white chocolate.” It arrives in a small, deep marble bowl, with around, marble-colored lid nestled on top. The cover is a product of white chocolate and charcoal. Cracking it with the top of a spoon exhibits a crimson-orange aerated guava sorbet, its coloration delightfully vibrant in contrast to marble’s austerity. Amusing is a hidden presence of rich cream cheese, tart guava, and damaged white chocolate. For something so small, it conjures up such a lot of varieties of pride: a bright object, a funny visual story, a component to break, a technically sophisticated surprise, a creamy and mawkish deal with. In different words, it’s genius. 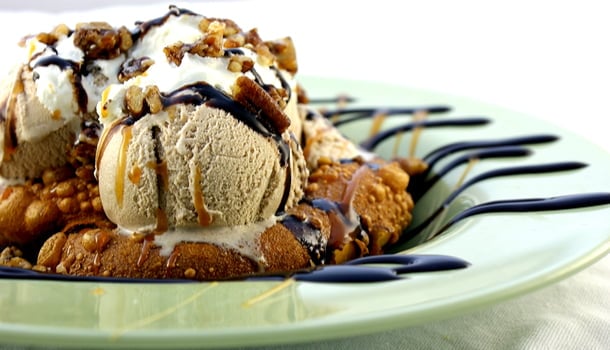 A small but potent menu of cakes like this one distinguishes Max Boonthanakit, the pastry chef at Nightshade, whose playfulness, curiosity, and skill have made him skills to observe, and an Eater Young Gun for the class of 2019. Boonthanakit says his inspiration for the guava dessert came from his addiction of imagining people or personas he ought to inhabit as he turned into cooking — he says while cooking his family meal, as an instance, he’ll consider he’s a “Thai grandma that got stuck in Alabama” and mash-up Thai and Southern flavors. For the guava, he imagined a Los Angeles native who cherished to Instagram her meals, specifically on photogenic surfaces like marble tables — someone like his lady friend.

Who also worships the guava and cheese pastries at Porto’s, a mythical neighborhood Cuban bakery. But rather than putting the bread on a pinnacle of the marble table, he placed the marble desk on top of the pastry. Boonthanakit’s resume is a perfect blend of this high-low sensibility — he’s frolicked inside the kitchens of both Copenhagen’s Relay and a boba save he popular in Los Angeles. He jumped from savory to pastry in the course of an externship at José Andrés’s Bazaar because he couldn’t determine out how the pastry crew did what they did, and the thriller intrigued him. “You must recognize why certain matters work,” he says. “Why did you position gelatin in this, or why do you install dextrose in preference to sugar? That’s like magic.